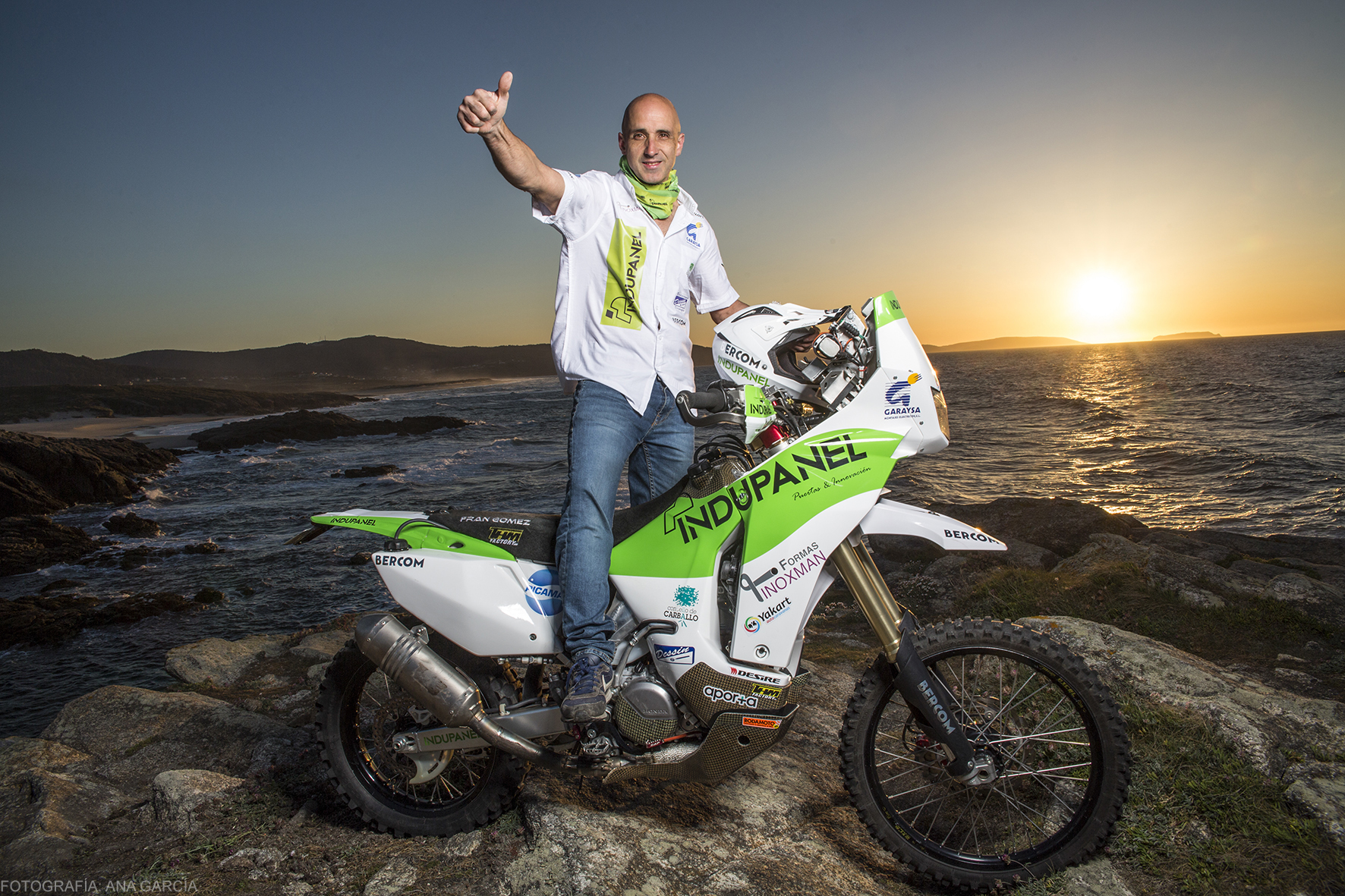 The Carballo-born rally driver Fran Gómez presented the team he’ll be competing with this season in different races, culminating with the Dakar Rally, in which he’ll be taking part for the seventh time.
The presentation was held at the Town Hall, in the presence of Carballo’s Mayor, Evencio Ferreiro.
The team is being backed by Indupanel as its main sponsor as part of its corporate social responsibility (CSR) commitment, enabling a local rally driver to once again fulfil his dream of participating in this world-renowned race.
Fran will be kicking off the season on 7th May at the Merzouga Rally in Morocco, followed in July by the Baja Aragón Rally, both appetizers before the main dish, namely the 40th Dakar Rally, the world’s toughest race, starting in January 2018.
In all these rallies, Fran Gómez will be riding a Honda CRF-X 450 motorcycle prepared by Portuguese-born Augusto Riveiro, adapted to endure the adverse conditions of these kinds of races.
All of us at Indupanel wish Fran the best of luck in this new, exciting season.

We have updated the information on the use of your personal data contained in our Privacy and Cookies Policy. We use first and third-party cookies to improve your experience and our services by analysing browsing activity on our website. By continuing to browse the website, you will be deemed to have accepted their use.